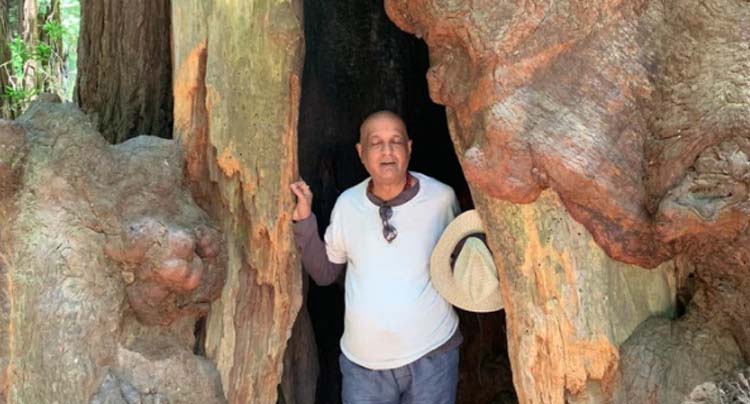 Spirituality is now a billion dollar worldwide business. Yes, you read it right. Spirituality, the essence of human spirit, has become a business, and one of the fastest growing at that. It comes in all shades and colors, shapes and sizes, in all languages, in any and all media format. Buddha, Patanjali, Shankaracharya, Dr. Usui and other
original teachers must be all wondering what has come about of the knowledge gathered by them after years of enance and contemplation. What does Buddhism today have to do with Buddha’s four noble truths? What does hot yoga have to do with Patanjali’s ashtanga yoga? What does theta and karuna and other forms of reiki have to do with traditional reiki of the Medicine Buddha as rediscovered by Dr. Usui? What has happened to the four muths set up by ankaracharya to propagate and protect the advaitya teaching of Hinduism?

It is the so called New Age! I have never really understood what is this age new with reference to? To me it refers to ‘capitalism meets spirituality’. Religion had long back become the biggest business in the world. Spirituality is fast following in its footsteps. Just as God was kidnapped by religious zealots and made into a universal urrency of organized religion, the human spirit (backbone of what separates spirituality from religion) is at the same risk of being hijacked by the so called New Age teachers and sucked dry completely. Organized religion was more blatant and direct, and worked directly on the most potent of human fears, death. Sin, karma, heaven, hell, reincarnation, purgatory were all created out of thin air to instill the sense of fear in the human mind, such that instead of living their present life in full glory, it was more concerned about the next life and the previous life. New Age teachers are far more opaque, talk in mumbo jumbo language, and play primarily on the second main insecurity of the human mind i.e. health.

The human being suffers from four main insecurities, death, health, relationships and money. Religion deals rimarily with the fear of death, but touches upon the other three as well, and promises succor if certain rites and rituals accompanied with lots of donations are undertaken. Spirituality is more subtle, and deals primarily with health but also touches upon relationships. In a state of mind that is based upon fear, the human mind becomes very gullible and vulnerable, and falls easy prey to anyone who offers solutions. It is also proven human psychology that the value of something is determined in terms of what it costs, rather than the other way around. This creates obvious and immediate barriers and classes and runs totally contrary to the entire concept of spirituality. When money becomes a factor for ‘acquiring’ spirituality, it also sets up expectations and therefore disappointments.
Today, it is possible to attend workshops, seminars, courses, classes all for a price. You take your pick with what suits your calendar and your budget. However, these ‘events’ rarely touch upon the depth of Indian scriptures, the vast knowledge of the Indian sages and masters, the wonderful tradition of Indian oral wisdom rarely comes through. There is more a sense of instant gratification and quick answers than in depth sharing and dissemination of sacred knowledge and experience. Of course there are exceptions, and many. But these are rarely advertised and for the most part are known only by word of mouth and accessible to only a handful of people.

This New Age fad is likely to cause more damage than good. It gives false hopes and raises unrealistic xpectations. Any kind of esoteric practice that is rooted in some sort of mysticism can only be imbibed by personal experience and practice. While a teacher is necessary for guidance, that is all he can do, i.e. guide. He cannot ‘sell’ nything since there can be no price attached to something so sacred and personal. As far as the so called talks are concerned, they are nothing more than ‘blah, blah, blah’ the kind that can now be heard 24/7 on various TV channels. As I meet and talk with some of the attendees from these talks and seminars and workshops, they go about their life in the same aggressive manner, devoid of even a ripple of awareness, flouting traffic rules as they head home, abusing people verbally, littering garbage all around and heading to the nearest fast food place to satisfy
their pangs of hunger from the long sessions. At the same time they start sharing their newly acquired knowledge with all and sundry as newly anointed experts of the subject matter. Osho rightly said, “It is very difficult to get through to most Indians, they think they know everything”. Half knowledge is worse than ignorance. In Zen, ‘no mind’ is the beginning and end of all seeking. In the final chapter of the Gita, Krishna exhorts Arjun (and thereby all readers) never to share the secret knowledge revealed in these verses with certain people (simply, people who are not ready or will not understand or will not value). My own experience has been exactly the same. People approach me wanting to be initiated into Reiki over a weekend or to be cured for something or the other. They always point to many others who promise this, and I politely ask them to go there. Intuition, awareness,awakening, consciousness come in an instant. But it takes years of penance, practice and patience before that moment arises. In India spirituality like religion, is taking on the herd mentality bordering on fad mania. There is uperficiality and shallowness surrounding it. A true sadhak never follows the crowd. He makes his own path and has his own experience.

Indian spirituality is deeply rooted in the ashram pranali. The ashram pranali refers to the sacred relationship between the guru and the student. There is no solicitation or monetary exchange of any kind. At the end of the teaching, when the guru is satisfied that the student has learnt what he came for, the guru will accept guru dakshina. It is an offering. It is not a price. Indian mythology and scriptures are replete with examples of a guru declining any guru dakshina for some reason or the other, or accepting it in kind or accepting or extracting a promise to redeem it in the future. When it came to sharing his knowledge with the students, he made no compromises or exceptions. It did not matter what was the student’s background or whether he could ‘afford’ the teaching since there was nothing to ‘afford’. However a guru was intuitive about whether a prospective student was worthy of his
teaching, and he declined those whom he felt otherwise.

There are still many ashrams and other institutions in India who religiously follow this tradition. There are many individuals as well who follow this practice. This is the noble path. Spirituality cannot be a profession or business or trade or a means of livelihood. Those who offer it on that basis are best avoided because their motivation can never be selfless service. It will always be dictated by monetary needs, no matter how good the teacher may be or how sacred the teaching may be. Offerings received by voluntary donations are far more satisfying for the true teacher than earnings from tickets to his talk, that too of different denominations depending on how close you get to sit to him!

A Zen master once said, “Of the hundred people who take the tentative first steps on the Path, only ten continue. Of the ten that continue, only one makes it to the end.” To that extent, the New Age teachers are playing an admirable role in getting people to take the first tentative steps. However, a real sadhak needs to wait for his guru to provide him better guidance to continue further. This is the contrarian view. This is my view.