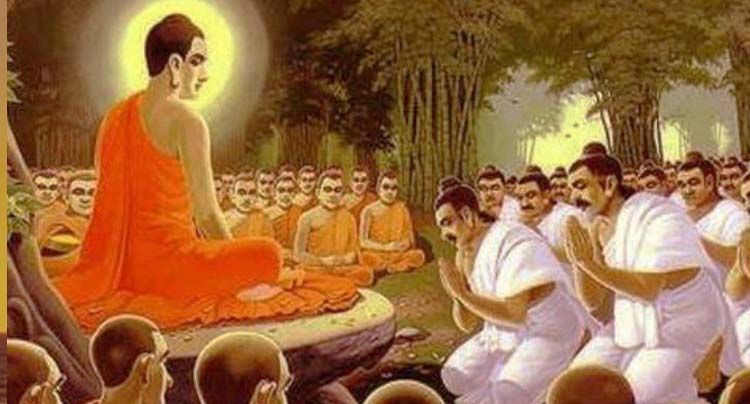 One of the most important aspects of any serious spiritual ascent is the value of satsang. Satsang simply means company of the saatvik or the purest, highest self. As the chakras charge up, the energy starts flowing more vigorously up and down the sushmana nadi, and it starts to vibrate at a much higher frequency. This higher frequency now starts to seek out similar higher frequencies, so that it can resonate in synchronicity like a well-tuned orchestra where every instrument and player is in complete tune with each other. It transports each player to
a different plane where they forget their individual self and become one with the entire orchestra. As dancer Nijinsky famously said when asked how he could dance so sublimely, “When Nijinsky dances, there is no Nijinsky.”

As habits and conditionings drop off, what remains behind is the true self that increasingly starts to turn inwards. Noise becomes abhorrent, silence becomes a solace. Words start to lose their significance. The body and the spirit start to speak through the emanating energy from the open chakras and nadis. This language of awareness and consciousness can only be deciphered and understood by others who are in the same plane. But since one has now discovered the Self and hopefully got the answer to the question, ‘Who Am I’, there is no loneliness. It is a blissful existence with full awareness that, ‘I Am That’. The company of others becomes irrelevant.

As the social interaction, the attire, the food habits and other aspects of my individuality changed or dropped off, there was no longer any inclination to be with someone who indulged in small talk and mindless chatter, or had anything meaningful to contribute to my spiritual development. This was misconstrued as arrogance and aloofness by
many. It did not bother me. I found it easier to interact and communicate with a child or a teenager than with an adult. As Osho said, “It is very difficult, if not impossible, to get through to someone who has his mind full than one who is mindful”. I got involved with students in schools and colleges, mentoring them, providing guidance,
pointing them in the right direction in consonance with their own nature (swabhav). I challenged them to think about whether they wanted to be just educated or did they also wish to be literate. It became a very fulfilling use of my time. Some institutes would insist on having a teacher or professor present during my interactions with the
students. I refused. They would be a drag. Students would become inhibited and would not open up. The satsang we created at each session was special.

When I returned from the USA, many childhood friends and other acquaintances were keen to reestablish a connection. There was nothing in common. Only one friendship survived. We hardly ever meet or talk, but the connection is strong. When we do meet, it is the easiest for us to pick up from where we left off. It helps that his wife is
on the same wavelength, so we connect seamlessly. New connections have been established, mainly from my workshops and sojourns around the world. I get drawn to individuals who have either discovered their true identity or are firmly on the path towards that. There is much in common to share and discuss. In true satsangs, hugging comes
naturally and spontaneously. The chakras are generally open, so energy moves freely creating a comfort zone for everyone. As soon as someone walks into this space with blocked energy, the antennas go up, looking for some vibrations on the same frequency. Finding none, we walk away.

I belong to a very large extended family, and we have frequent gettogethers. We are generally a very close family with a lot of love and affection and caring among everyone that transcends all generations. This is primarily thanks to my parents who imbibed this feeling in all of us as we were growing up. Like all large families, there are a couple of black sheep, and there is a fair amount of disagreement among us. We yell and scream and shout and get angry and upset. But when we meet, we have satsang. We reminescent and talk about our parents, we cook and eat until we fall asleep. This is not the spiritual satsang of chanting and discourse, but it is satsang for me nonetheless because it overflows with joy and happiness and something that I look forward to. My satsangs take many forms. We have dance and music and chanting and other creative activities in our satsangs. We have cooking and
potlucks and eating together. We practice yoga and pranayama together. We learn archery and tai chi. We perform reiki circles and other healing activities. The male and female energies come together like a cosmic dance in our Tantra satsangs. We go for long walks in the forests, go hiking, climb mountains, sit by the fireside. We sit in silence in satsangs. Words become irrelevant in satsangs. Silence connects everyone. We sway and breathe like one, all connected to that one Consciousness.

My favorite satsang is the satsang of solitude, when I am all alone with
myself and I can hear Krishna playing his flute in my ears. This is
satchitananda.