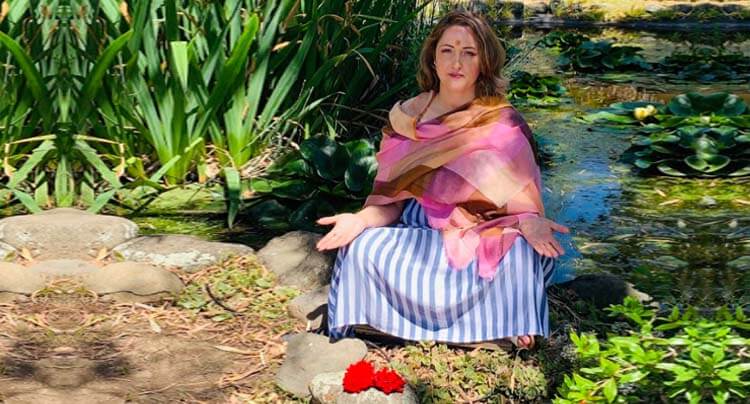 Is meditation same as dhyana? If yes, does one ‘do’ dhyana as one ‘does’ meditation? If not, which came first? I got introduced to yoga over thirty years ago, mainly through asanas and pranayama. During this time I have  xperimented with various forms of yoga from different traditions all over the world. I have read various books and scriptures by many teachers and masters that touch upon yoga. It became increasingly clear that yoga, as I had learned in the beginning, was not just asanas and pranayama. It was a way of life. There was an element of meditation built in each yoga teaching I attended.

Some of the more traditional ones gave greater importance to it. Many ignored it all together. One thing that stood out consistently throughout my yoga practice was my inability to sit in meditation for more than a few minutes. It was not because my body was not flexible and supple (I was able to perform various asanas quite well). It was not because I was not used to sitting on the floor (I grew up in a household where it was common to have meals on the floor, and to this date I prefer sitting on the floor instead of a chair or couch). I had tried all kinds of meditation, transcendental meditation, vipassanameditation, kundalini meditation, and plain simple sitting cross legged in padmasana or ardhapadmasana. Nothing ‘worked’. So what was it that was missing? Or what was it I was doing wrong? The only answer I would get from the teachers is, keep practicing.

I got my answer only when the answer to the eternal question ‘Who Am I’ was  derstood by me. I Am That. Yoga as a way of life was taking deep roots within me well before I gotthe above answer. While it did not bother me much that I was not ableto do meditation, it did rankle me a bit since meditation as a technique to achieve certain results (better health, lower blood pressure, calm mind, ability to focus deeper, hidden answers to eternal questions etc.) was being talked about everywhere. So why was I not able to meditate? Patanjali’s Yoga Sutras and the Bhagwat Gita were my guides as I learnt and adopted yoga as a way of life. Patanjali is the source of all yoga teachings. Even Krishna refers to this in the Gita. Dhyana is the seventh of the eight sutras mentioned by Patanjali. Dhyana, a Sanskrit word, has been translated into meditation, an English word, and interpreted to mean, for the most part, sitting in meditation and focusing or concentrating the mind. It became a verb, an action.

Dhyana in  anskrit or Hindi is a noun, not a verb. It is a state of mind, not an action for the mind. From dhyana comes  hyanachitt which means mindfulness or awareness. In Hindi we say ‘dhyana se’ which means with awareness. When  Krishna talks about dhyana in various places in the Gita, he is talking about performing action with dhyana, i.e. with mindfulness and awareness of Him all the time. In fact Zen, the philosophy that alone represents Buddha’s teachings in its purity, is derived from dhyana and in Chinese is pronounced very similar to dhyana. So how did dhyana  ecome meditation and how did it get lost along the way. The problem was the English language with its limitations. Just as various other concepts from the Indian scriptures (karma, dharma, yoga etc.) have been loosely translated into  nglish and interpreted according to the English meaning of that word or using yet other English language words, so also dhyana.

The English language does not have the richness of the nuances and subtleties of the Sanskrit language to do any justice to these very rich and meaningful phrases and concepts from the Indian scriptures. It is for nothing that Sanskrit is called the mother of all languages, and Hindi and various other Indian languages that are a direct offshoot of Sanskrit are equally rich. Unfortunately, those who are responsible for translating words from Indian languages tend to do a word for word translation, meaning each word in Sanskrit e.g. dhyana would be translated into a single word in English i.e. meditation. The fact is that even an entire paragraph in English may not suffice to bring out the full and proper meaning of a single Sanskrit word. It has been said that a language can be understood only by living its words, not by uttering them. In the modern times, meditation as a technique first took root through
Maharishi’s Transcendental Meditation (“TM”) that quickly became a raze with his followers. The focus was to quiet the mind using a mantra. When I got my TM initiation, it was never mentioned to me what was the deeper purpose, if any, for this technique. It was presented as a mechanical exercise that would give results.

It never stayed with me for more than a few weeks. After TM became popular, many more teachers and gurus in India started teaching how to ‘do meditation’. The audience was mainly the Western world and they were being taught in English. It was a rare teacher like Swami Muktananda or Swami Chinmayananda who tried to weave in meditation into their teachings, not as a technique but with its deeper meaning attached. Osho offered many forms of meditation (kundalini, vipassana, dynamic, nadabrahma) for the uninitiated. He gave them what they had heard about and come to expect. But even these forms of meditation he made playful and fun to do. He wanted them to be aware of the entire body during meditation while dancing, swaying, walking, and humming. However, for the initiated he said, “One cannot do meditation.

One has to be in meditation”. Zen uses koans and haikus to get a point across. A common one says, ‘If you are chopping wood, chop wood’. Do whatever you do in the moment with total focus and attention. That is true meditation or dhyana as Patanjali meant. However the image of the Buddha sitting in padmasana has become so ingrained in the minds of most students of Indian spirituality, that it became a posture to be attained and  aintained for as long as possible in order to achieve whatever they were seeking. So what is this deeper meaning of meditation? Dhyana is ‘to be in a state of mindfulness and awareness’. This can be reached only when a certain discipline (niyam) and way of life has been achieved. This way of life is achieved by purifying the body and mind through pratihara, asanas and pranayama. Having purified the body and mind, the path is now open to rise higher and seek the answer to the eternal question ‘Who Am I’? Having obtained the answer to this question through advaita or Zen or some other teaching, and having fully understood and accepted it, one has reached the state of awareness or dhyana. It is awareness of ‘I Am That’.

One then remains in this state until one is ready for samadhi. So dhyana is awareness of the Truth, ‘I Am That’, and living moment to moment with that awareness. This is also called mindfulness in Zen.
Meditation as a technique is merely a physical action resulting in futility. To do meditation is an action and therefore requires physical effort, the effort of sitting in a certain posture with eyes closed and without moving for a certain period of time. Meditation is taught and done with the help of many props like verbalization (chants, mantra) or
visualization (focus on an image) or rosary beads. My own experience showed me that the focus remains mainly on the correct use of these props rather than the meditation itself. What happens when one completes ‘doing’ this meditation? Has it created any awareness or taken you to any higher plane? Most of the time the only awareness it
creates is that of physical pain in the joints and whether the stipulated time for ‘doing’ meditation is over or not! Those who are able to sit for long periods without much agony do so primarily because of their excellent physical condition similar to maintaining any asana for a long time. None of the advaita masters, Adi Sankaracharya, Ramana Maharshi, Nisargadatta Maharaj, Osho or Ramesh Balsekar talked about the need for meditation as a means to spiritual growth. Nor does meditation feature in Zen.

Zen talks about mindful sitting, mindful walking, mindful eating, in other words every action every moment to be done in a mindful manner, i.e. dhyana. So when I finally realized the eternal Truth of ‘I Am That’, the agony and misery of trying to ‘do meditation’ finally dropped, and was
replaced with dhyana, a state of bliss from moment to moment all the time. The simple truth is that one cannot ‘do meditation’. One has to be ‘in meditation’ all the time.